This time we plan to test changes to vehicles in the alternative branch of British TDs: to the Supertest go the vehicles of Tiers VII, IX and X – Challenger, Conway and FV4005 Stage II. The vehicles will be updated in order to make them more competitive: they’ll get increased firepower and survivability due to improved mobility and better flexibility due to improved gun depression.

Please note that this is the first stage of testing these updated TDs, final characteristics might differ from the ones mentioned above. We’ll keep you updated with the changes that are being tested on Supertest – stay tuned! 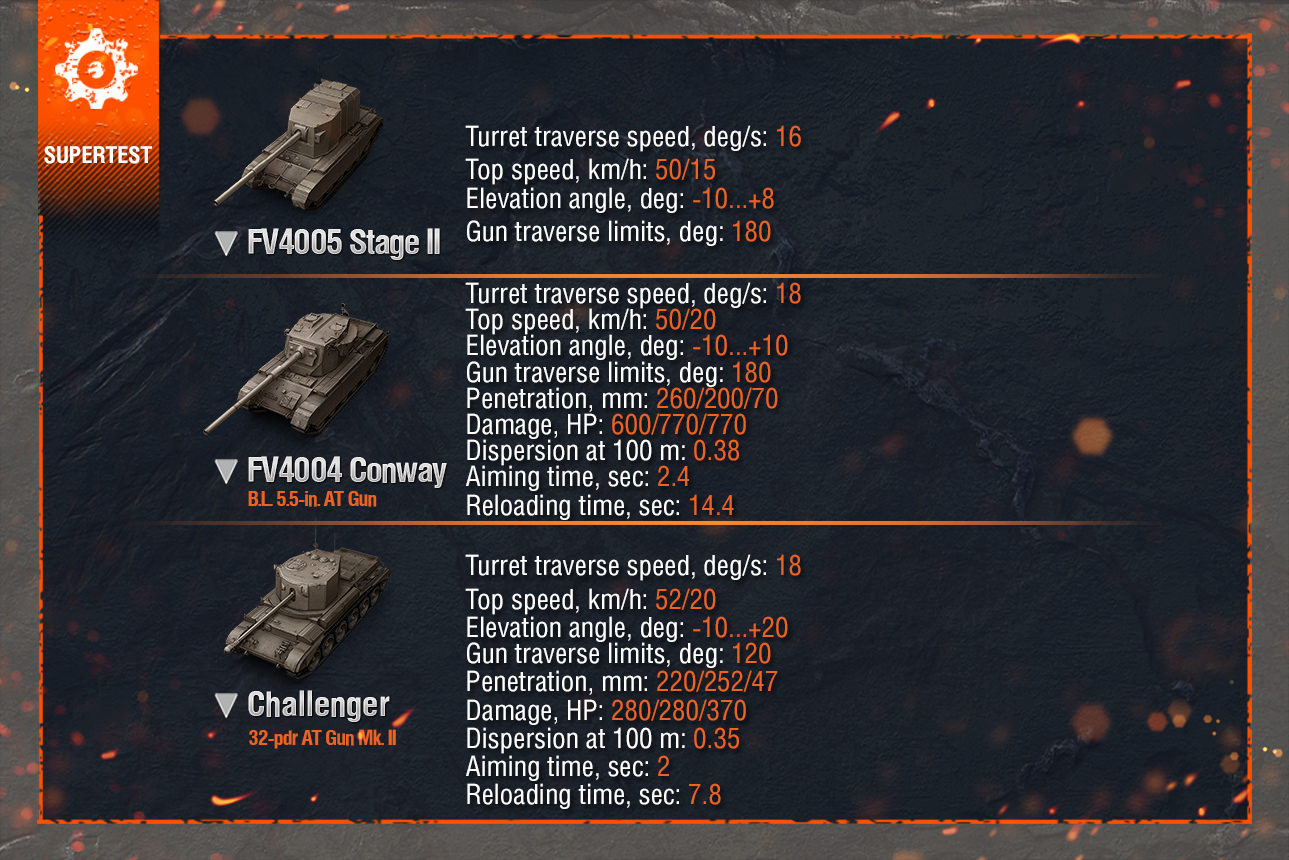 Published in World of Tanks